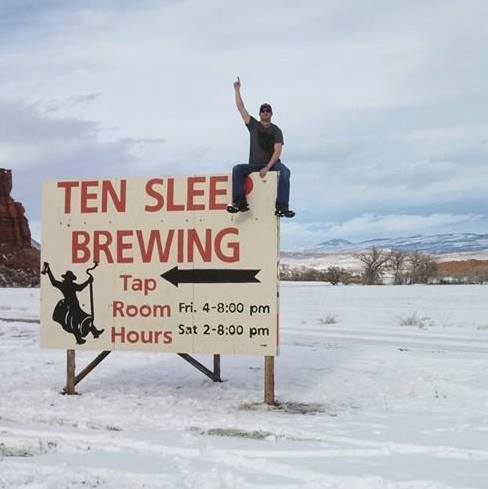 Louie Smith at the entrance of the Ten Sleep Brewing Co.

After about 40 years as a contractor and developer, with the last 20 spent spec building aircraft hangar projects at 16 airports in six western states, I began planning to retire in 2005 by doing a large storage project, while finishing the last of the aircraft hangar projects. The big storage project ended up getting me in financial trouble, with the economic slowdown in 2007 and 08 exacerbating the problem.

So I ended up keeping the farm but knowing I had to figure out a way to make it pay its way. I had become aware of the craft brewery movement and had done some preliminary reading.   I spent the next two years researching and writing the prospectus and then working to find investors.

A mutual friend brought Jeremy Tofte to Ten Sleep to look at our proposed operation, and Jeremy agreed to be involved.  Jeremy founded and owns Thai Me Up Brewpub in Jackson.  It is a very successful brewpub, and shortly after agreeing to be our brew master/consultant, Jeremy and his on-site brewer won some very prestigious awards at the Great American Brew Fest.

My younger son Louie and I spent months contacting friends and family in our efforts to raise the money needed to start.  One big hurdle was the brew system cost of about $120,000.00. About then Jeremy found a fabricator in Northern Colorado who would build our system for $55,000. The guy had built one system and Jeremy was friends with the brewer who owned it and was happy with it.

I started building in early March, 2013. The wing of the barn where the brewery is now did exist but was just a dirt floored repository of greasy truck and butchered elk parts. The driveway was also dirt, and the taproom area was a dusty part of my shop. A friend with construction experience came to spend the summer in the cabin by the Nowood and agreed to help. He also agreed to spend his wages on shares.  Between us, we were able to do 90% of the build. 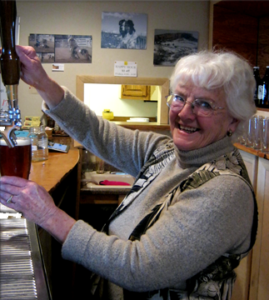 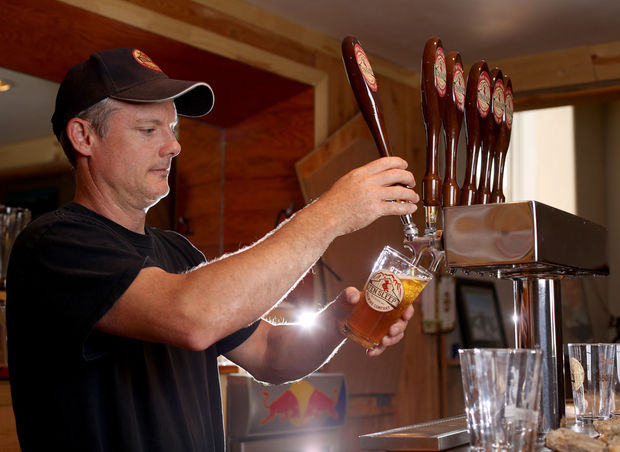 The build officially ended on October 15th, 2013 signed off by the health inspector, just in time to open the Tap Room for hunting season.

As the build progressed, I became aware I was in over my head as far as actually operating this place on a daily basis.  Justin, my oldest son, was working in his engineering profession in Bend, Oregon. I had been keeping him in the loop, and he agreed to take a huge pay cut and come and bail me out and take over as the COO.

So, the build was done, the Tap Room was open for hunting season (with contract brewed beer) and we were ready to start operating.

You have not lived until you have spent your 72nd birthday inside a brew kettle with a scrub brush, and then hung at the bar until midnight keeping the fire going, the kegs full and drinking with the customers.

Camping is CLOSED for the season.

This error message is only visible to WordPress admins
Error: There is no connected account for the user 4056750752.

You must be 21 years old to visit this site.